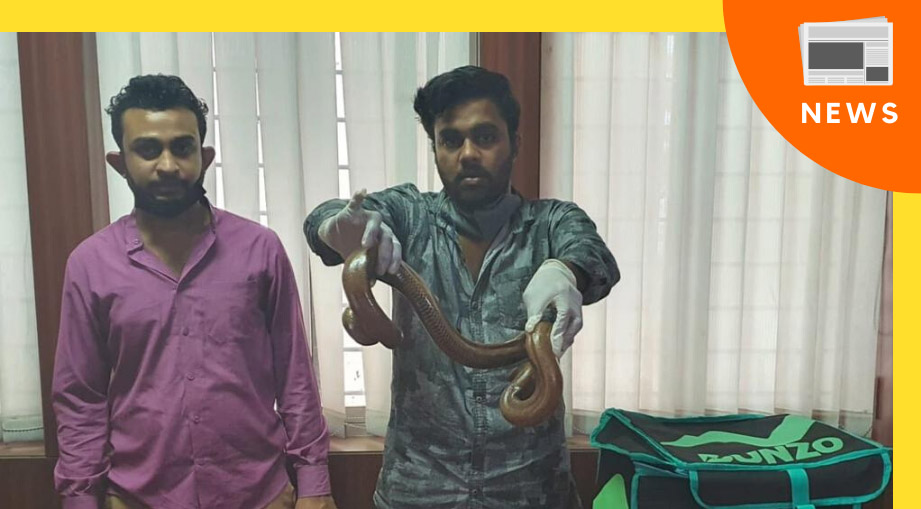 Banglore: A nationwide lockdown has been declared till May 3 due to coronavirus. In the lockdown, the government has allowed some people to go out, including government officials and delivery boys, but some are also taking unfair advantage.

A similar case has come to light in Karnataka, where the Central Crime Branch has arrested two persons who were trying to sell a two-faced snake of the Sand Boa species by posing as a fake delivery boy.

According to Sandeep Patil, Joint Commissioner of Police, Bengaluru, Mohammad Rizwan and Azar Khan bought the snake as a delivery employee of a Dunjo company and then tried selling it. Sand Boa is a two-faced snake without venom.

The Central Crime Branch in the capital, Bangalore, stopped them on suspicion and searched their bags. Police took both the accused into custody and a case was registered. Apart from this, the forest officer was informed in this regard.

7 Environmental Factors that Affect the Skin and Some Protection Tips

Dating a Co-Worker? Follow these 8 Rules for a Healthy Relationship