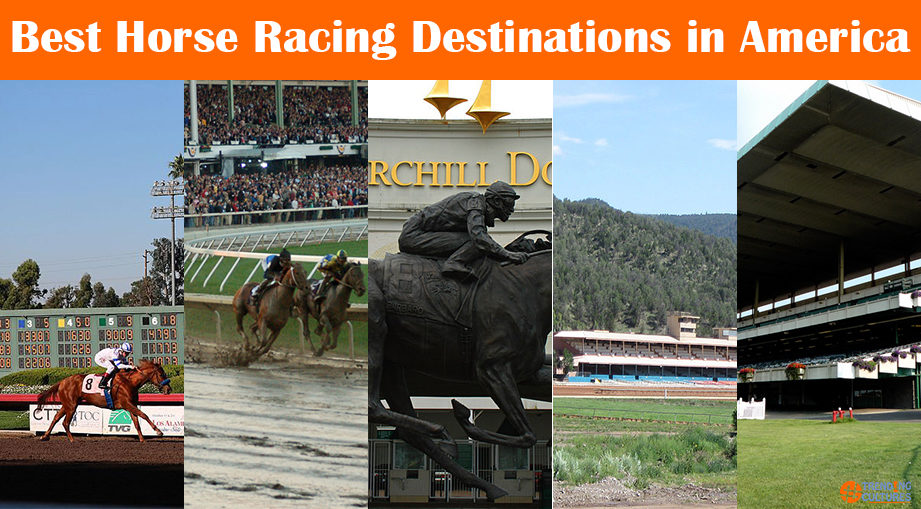 Churchill Downs host the famous Derby, which draw a large number of audience from across the globe to witness the Derby day. The twin spires of the Churchill Downs now stand synonymous to Derby. The racecourse spans across 147 acres, which is a short drive from the Keeneland Race Course. On planning it well during your travel, you can visit both these historic tracks in the same week. The famous personalities visited Churchill Downs include presidents Harry S. Truman and Lyndon Johnson, Hollywood celebrity Jack Nicholson, boxing legend Mohammed Ali, etc. Another attraction at Churchill Downs is the Kentucky Derby Museum which will be a worthwhile stop.

Los Alamitos is one of the top horse racing tracks in the United States, which is located at Cypress, California. This track not only hosts thoroughbred races, but you can enjoy quarter horse races too here. Los Alamitos also have the fame of hosting four quarter horse stakes of over USD 1 million, which is a record among any other tracks in the US. For thoroughbred races, the outer 1-mile track is used, and the other breeds use the 0.625 miles inner track for the races. The first meet at this racing venue was held back in 1951, which lasted for 11 days.

If you want to witness some of the best Quarter horse racing events, Ruidoso Downs of New Mexico can be your Mecca. The destination itself is a very beautiful touring venue fringed by the charm of the mountains. The biggest event at Ruidoso Downs is the All American Futurity, which purses about USD 3 million+, which makes the richest among all the Quarter Horse races.

Monmouth Park is one of the most historic racing tracks of the United States, located close to the wilder suburbs of New Jersey. The racetrack is also known as the “The Shore.” Monmouth Park attracts a large number of audiences even though the stakes fail to the rivals of the west coast Del Mar. The longer summer meet held here is very popular, which is a marquee event of the Haskell Invitational, starting from 1968.

Located at the Long Island, New York, Belmont Park may not be as famous as Saratoga or Churchill Downs. However, it’s big enough to accommodate 50000 spectators, and horse racing enthusiasts tend to visit this destination in bigger counts. The stands are full during the biggest annual event of this track as the final leg of Triple Crown, called the Belmont Stakes. An estimated $18.55 million turnover comes from the Belmont Stakes.

These are a few representative options when we try to explore the most exhilarating horse racing destination in the United States. However, there are many more options too which we will discuss in the other articles of this series.

Release Date of Shadow of the Tomb Raider Broken globally